For certain reasons, I was unable to exclusively breastfeed my younger daughter. I had to introduce bottles to her. But whichever bottles I used, there was a major problem. She would gulp a whole lot of air, and bring all the formula back up. She was extremely colicky, and no other bottle helped. Believe me when I say that I tried the whole spectrum of anti-colic bottles that are available in India. I tried Avent, and I tried Dr. Brown’s. Major disappointment. That’s when I came across the Medela Special Needs Feeder.

Medela special needs feeder is also called the Haberman feeder after it’s inventor Mandy Haberman. Mandy… A big hug and thanks from me and my daughter. You made our lives so much easier! Now as you can see this bottle is way too different from other bottles. Its teat is elongated, not like the usual bottle teats available. It is usually used for special needs children, those with a weak suck, preemies or those having a cleft lip or palate. My child was neither. And yet, for reasons best known to her, this bottle worked for her.

There is a valve which has a white membrane. You place it at the base of the teat. The valve allows milk to flow in the teat only when the baby is sucking. When the baby stops sucking, the milk doesn’t flow. Which is why, even when you turn the bottle upside down… yup, that’s right! No drip at all!

Baby can suck at his/her leisure. Also, as you can see, there are three markings on the teat. Whaddya know? You can control the flow as per your baby’s needs. The smallest line is for slowest flow and so on. When you place the teat such that the appropriate marking is in line with the baby’s nose, you control the flow.

Here is a picture that explains the working of the feeder.

I am also posting a video. It has Mandy Haberman herself explaining the working of the feeder. Take some time to watch the video incase you are thinking about buying this bottle.

It served us till my daughter turned six months old, following which she could drink with an Avent bottle without choking, or throwing up. But for us at that time, this bottle was literally a life saver.

I would have given it five stars had there been a lid, or had it been slightly less expensive. But yeah, if you have a baby that’s like mine, or one that has special needs, I’d recommend this bottle with all my heart. 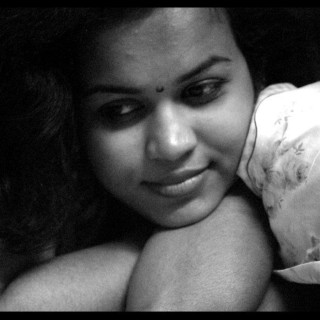